Inside a Pair of Bold, New Philly Interior Design Projects 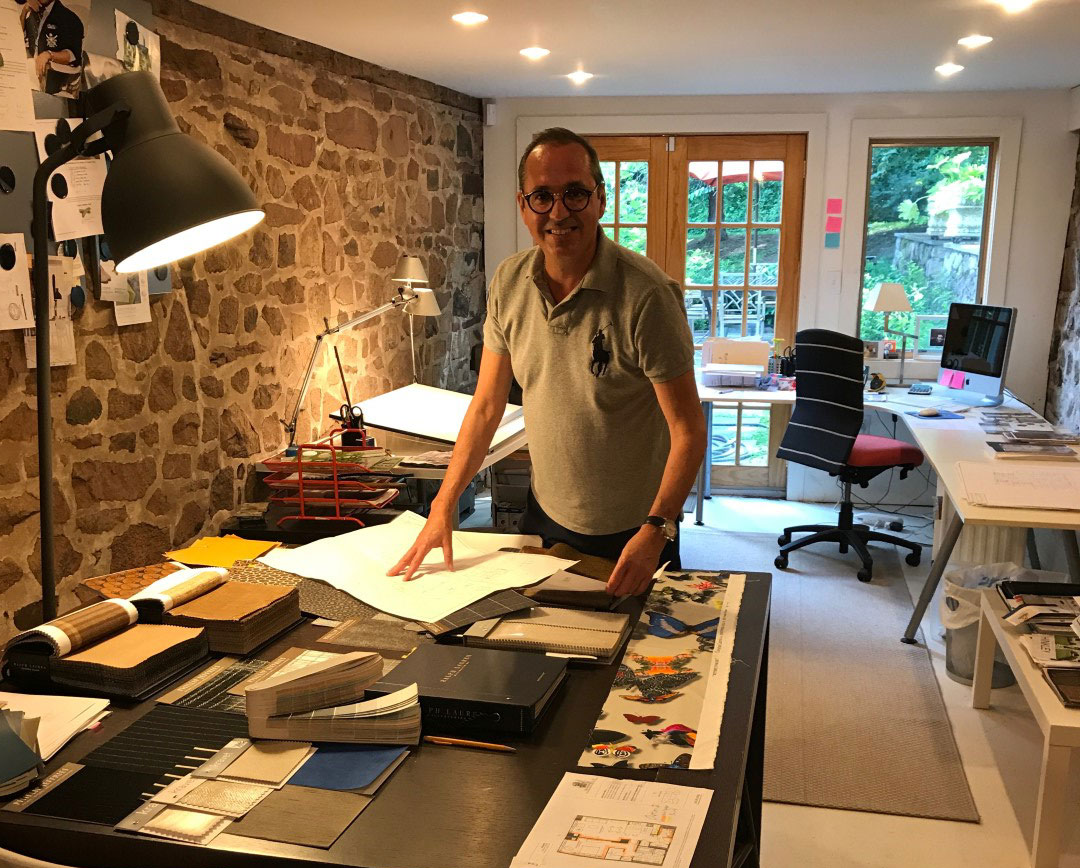 Welcome to my new blog. I thought I’d take this opportunity to share a bit more about myself and some of my favorite projects, both present and past, to try to better explain how I do what I do and, hopefully, pass along some inspiration and useful advice in the process. So check back every couple of weeks for my next installment.

I began branching out my Bucks County interior design firm a couple years back when my partner and I started renting a weekend apartment in Center City. It became a more concerted effort last year after we bought one at The Residences at The Ritz-Carlton. It’s there that I’m also at work on a couple of provocative makeovers, one nearing fruition, the other just beginning to take shape. The apartments, coincidentally, have the same layout and the clients—a couple and a single guy—are all in their late-twenties, early-thirties. Both projects also began with a single point of inspiration. But their similarities end there.

A funky door I had just installed started the conversation with the couple. He came across it, contacted me through Facebook and said he was seeking a Philadelphia interior designer who could help them turn their apartment into an “outrageous” showpiece. His wife, once we all convened in November, confided that she was thinking more along the lines of “sexy.” This is going to be fun, I thought.

The wallpaper became our canvas. Every wall’s covered with it. Throughout the apartment, we liberally mix black, silver, and gold. In their bedroom, large black-and-white ink blots face black flock velvet wallpaper. (There’s a leopard-print rug, too.) Behind a mirrored bar, the wallpaper bears a striking likeness in look and texture to alligator skin. From there, we layered on a few large portraits of women in various states of undress.

What complements black and metallic surfaces especially well? Crystal. Accordingly, the chandeliers are over the top. One in particular extends five feet across the kitchen island and looks like a tangled diamond necklace. We punctuated the bedroom with a handful of black Venetian crystal, somewhat more subdued, but no less seductive.

On the other end of the spectrum, we have a masculine haven at the other apartment. When we met, he showed me his favorite piece of furniture, the one part of the apartment he didn’t want to change. It’s an art deco design, all black with chrome accents. So my idea was to riff on that and mimic the sharp, clean lines and minimalist nature of it. The palette’s going to be black and gray with a single accent hue, maybe cerulean blue. The fabrics, men’s suit fabrics and patterns—herringbone, plaid. We’ll keep the spaces fairly spare, aside from a fashionable sculpture or two.

There’s rarely much crossover between interior design in Philly and Bucks County, but throughout my work, and our own homes, an objet d’art usually illuminates the overall design, because it’s in those uncommon pieces that we choose to bare our souls.