Home is Where the Heart is—Until it isn’t 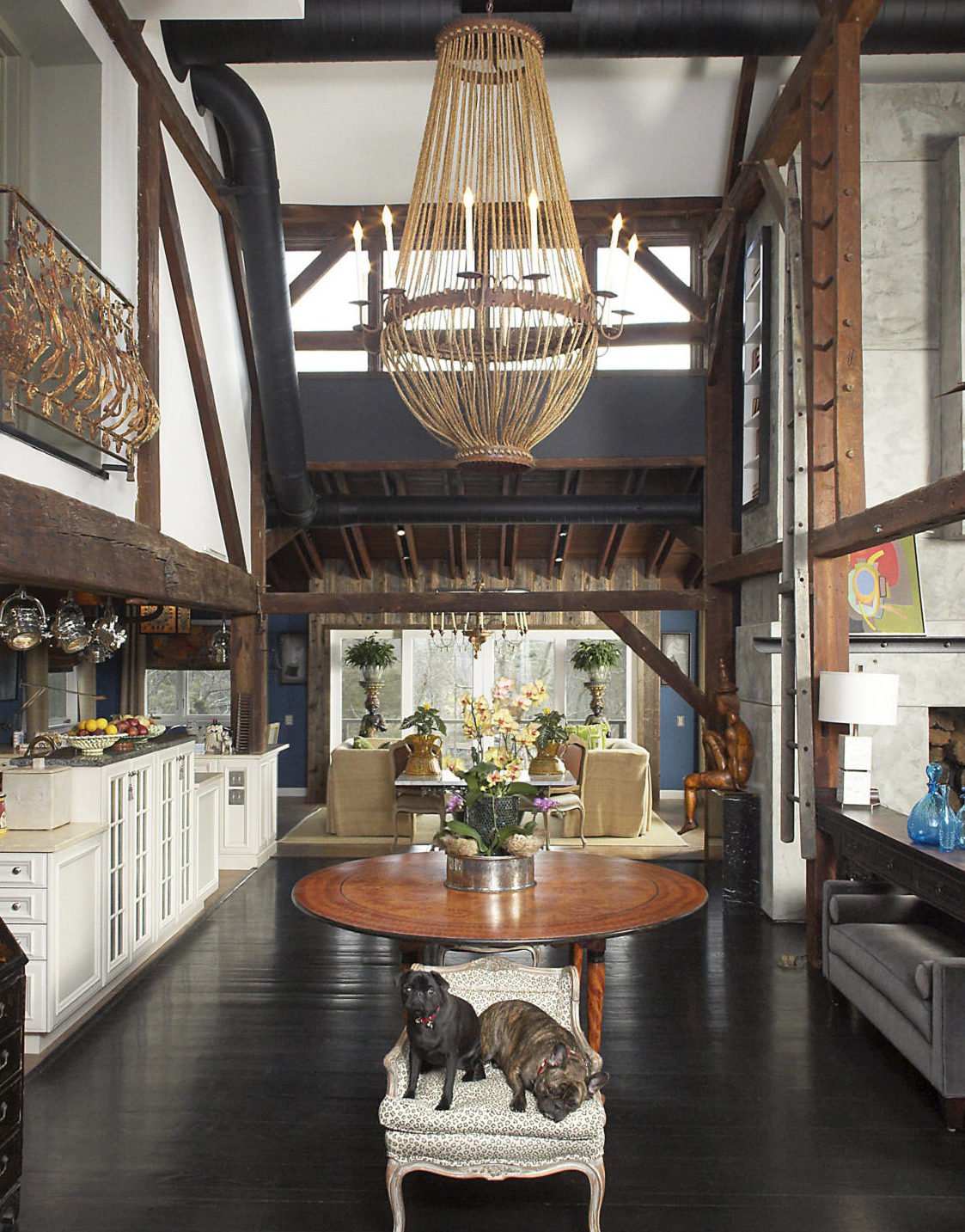 I stood at a window one morning recently, taking in the yard. The landscaping, specifically. Spring was here, but it was cold and overcast. Nothing was growing yet, not even the random tufts of crabgrass.

To the contrary, my eye moved among all the damage that was left behind by a series of bad winter storms that came through in March with high winds and a couple feet of wet, heavy snow. Before I could take stock of what needed planting and replenishing, there were a slew of downed limbs—a couple of which crashed through a fence—and countless smaller branches that had to be cleared first. A lot of the trees, grateful as I am that they remained standing, were going to need pruning, too.

These last few weeks were a harsh parting shot to what already felt like a relentless winter.

Interior designers are human
There’s this misperception that, when your work is making homes beautiful, your own is in a constant state of readiness for the next photo shoot. And I do pour a lot of energy into refreshing our spaces with each season and updating our most-used rooms—the living and dining rooms, the foyer, the kitchen, and the master bedroom—but I arrive at the start of spring with a punch list of things that need to be done in and around the house, just as I imagine most of you do.

This year, my list is running longer than usual. There’s the storm damage. But even before the first nor’easter barreled through in early March, we’d already long since settled into a what-next rhythm this winter. In early January, amid a bitter-old stretch, a pipe froze and ultimately cost several thousand dollars to repair. Then a heater in the master bedroom—newly installed only two years ago—broke down on us. And then we went without heat for five very long days when we ran out of oil.

I realize we all have our gripes with winter, and mine are no more traumatic than a handful you could probably rattle off right now—probably are rattling off to yourself as you read this. It’s why we walk around during those first truly spring-like days with a euphoric-but-desperate expression, like we were saved from the remote island just before we were about to eat the other survivors.

But so far, I haven’t felt that. Instead, I felt the weight of everything that needed to be done around the house. And I didn’t know if I had it in me.

Breaking up is hard to do
Even when all the signs seem to be pointing in that direction, moving on is a hard thing to come to terms with. Especially when you’re literally moving. Making a home is never a half-hearted effort. I know as well as anyone. Over the course of a long career as an interior designer, I’ve seen firsthand the sacrifices we make in the name of shaping our homes into some ideal mold.

Just like any of us, I believe a home can’t reach its full potential until it has someone to believe in it. When we first laid eyes on our barn, it was a shadow of itself after years of neglect. Still, we knew it was exactly what we wanted. Nothing about its transformation was easy, especially in the early going, but the process was invigorating. With each completed project, the barn revealed another piece of itself to us, and us to it, in turn, just like a true relationship.

But this feels different. So what, in response to that, started out very much as a conversation about hypotheticals, quickly progressed to us touring plots of land nearby and discussing building a new home from scratch. Nothing was a good fit, though. We’re still too invested, emotionally, in the barn to make a sensible decision. The view was never good enough, the property, not as secluded as where we are now.

We have, though, come completely around to the idea of starting anew, building a home entirely free of compromise. (And half the size.) So, this spring’s punch list has grown further still and taken on a greater urgency as we prepare the barn for sale. The projects we planned during those five days without heat to give us hope—the shade garden near the entryway, adding an architectural fence to the veggie garden in the back—they’ve been bumped down the list in favor of replacing windows and the perimeter fencing, refinishing the tennis court, painting the exterior, and making over the two guest bathrooms in a more neutral (read: buyer-friendly) palette, the sorts of improvements, basically, that are going to have a direct impact on the sale price.

The thought that this summer will be our last here is still hard to grasp. Even though, if you’d floated the idea a month ago, we’d have run downstairs and packed our luggage without even asking where we were headed. The barn opened up a new world to us, so we have to trust that wherever we make our home next, it’ll do the same.