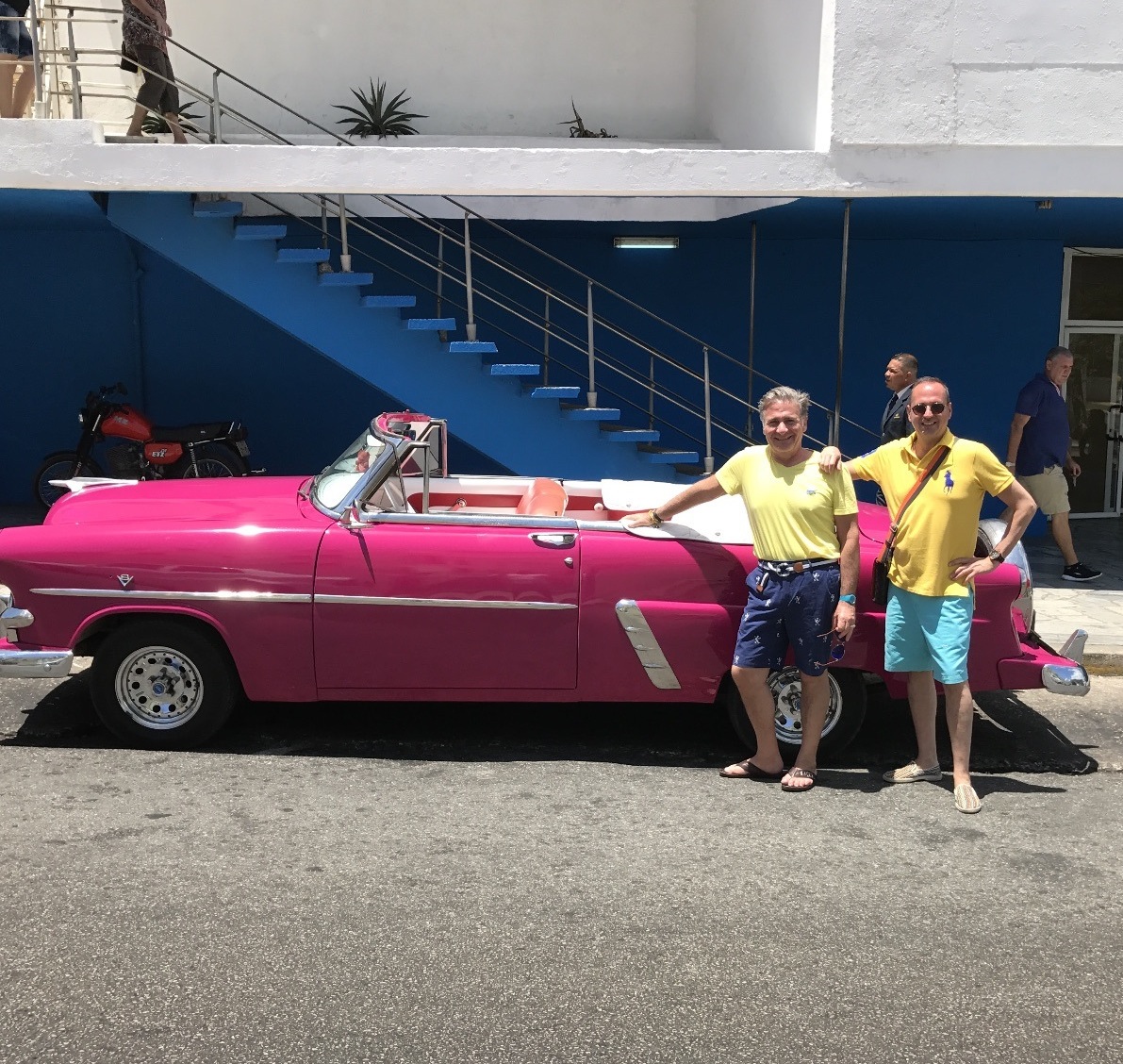 We travel a lot, but our trip to Havana back in May was one I was anxious about for weeks beforehand. It was only four days long, but securing our visas felt like gaining passage to some lost world. Little did we know it was about to be lost again.

From the very start, Havana was full of surprises. The streets are cleaner than I expected—I see more homeless in Center City—and safer. And the atmosphere is very much a welcoming one. Everyone we came in contact with, from the two cab drivers who became our guides to the sommelier who, on our first night out, gave us the lowdown on the restaurant scene, wanted us to not just see their city but experience it.

Interior design inspiration was everywhere, but not necessarily in the conventional sense. It wasn’t a place that planted a lot of seeds for my own projects. I fell for the vibrant pastel palette and the ornate details of the courtyards we found everywhere, but neither really translates here. Rather, Havana inched my perspective out a little bit every day with sights I haven’t seen before and likely won’t again, unless we return. The streets are lined with large, decaying mansions and buildings whose architecture aligns more closely with European cities along the Mediterranean coast than it does with anywhere else in the Caribbean, all of it seeming to stand still in a very specific time: 1959, when the revolution unfolded.

All around are artifacts of a bygone era—Che Guevara’s home base, the rudimentary housing for government officials that rose up from the very foundations upon which casinos were being built just before everything went down. There is a modern, luxury hotel that’s being built in Old Havana, but the progress, otherwise, is slower than I expected (and bound to be even slower now with the new restrictions), the city still firmly entrenched on the cusp of its heyday—while the rest of the world has long since moved on.

That doesn’t mean that Havana isn’t progressive. The nightlife filled me with as much interior design inspiration as any other part of the physical culture. We saw a performance at the legendary Tropicana and we also caught the Buena Vista Social Club. For both, the audience was seated behind dinner tables, and the experiences became this interactive feast for the senses. It wasn’t relegated to those institutions, either. Across the city, a lot of the restaurants we ate at doubled as art galleries.

On our last night, we found our way to one called Tierra, which is housed in a recently renovated factory. The restaurant’s on the top floor. And to get to it, we passed through all of these other spaces, some housing modern art exhibits, others, live concerts, even a disco. Every time we turned a corner, there was another stairwell, which led to another hallway and, inevitably, something even more unexpected and intriguing. We were there for over four hours just wandering around, trying to take it all in. We got word somewhere along the way that Quincy Jones was there, too. And Madonna, rumor had it, was there the previous week.

That night alone filled my head with an onslaught of thoughts for the flight home. So many of my interior design ideas involve juxtaposing different genres and periods, and here was another take on that on a massive scale, each room we stepped into, its own self-contained environment, evoking a unique rush of reactions. That’s the response that I’m after, that we’re all after. Interior design, ultimately, is about creating a feeling within a space. This trip forced me to step back and ask myself, do mine feel like I intend for them to?