Take Comfort in the Beauty of Being Home 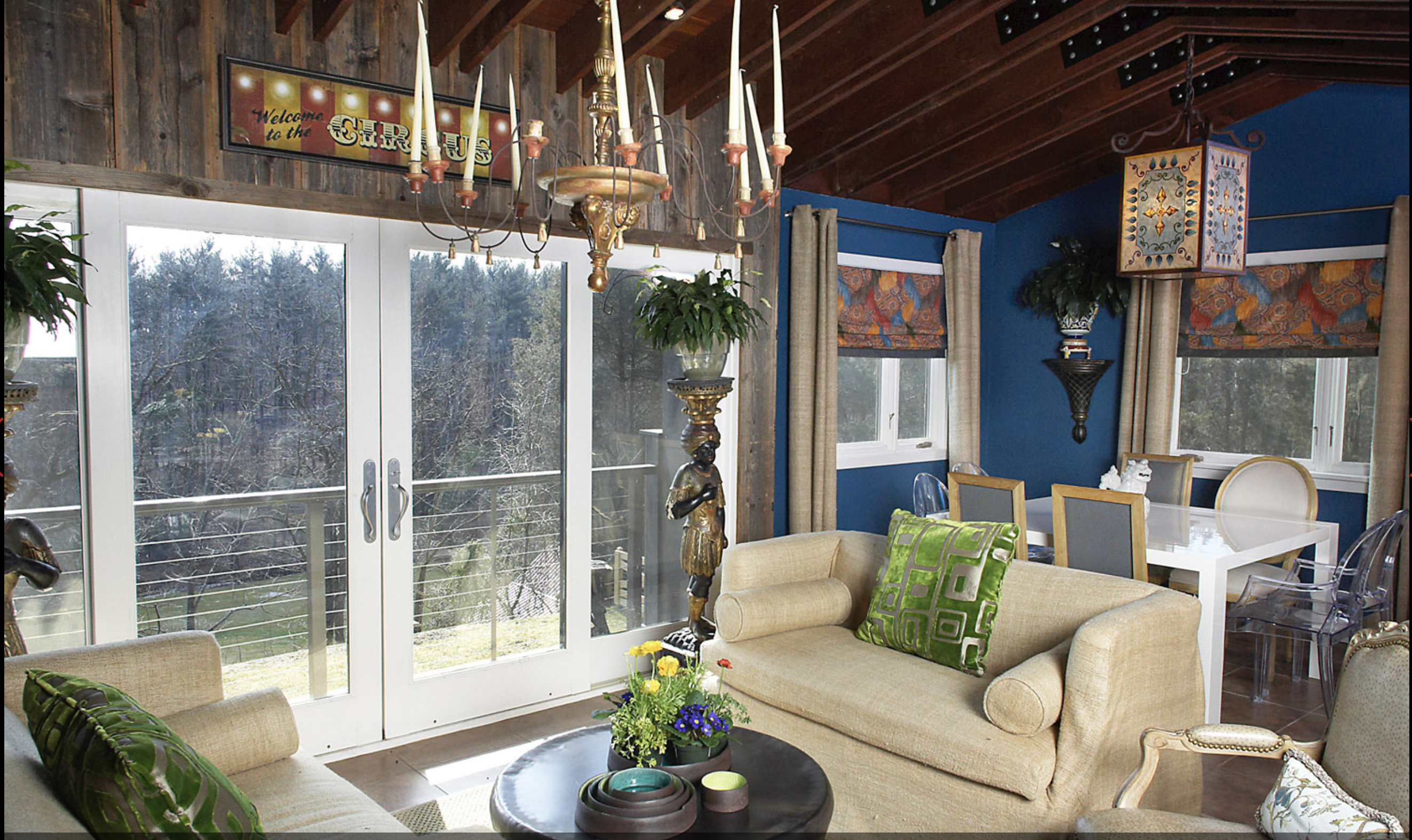 Being separated from friends, not being able to dine out, and being largely relegated to our homes have been tough pills to swallow. But, with each day that passed, a funny thing started happening: My appreciation for life’s simple pleasures began to grow. A FaceTime conversation will lift me for hours. I’ve always loved to cook, but I rarely had the time to do it—until lately.

And maybe most significantly, I reimagined my home as a safe haven, which really wasn’t much of a leap, but it was something I’d unknowingly taken for granted. As an interior designer, I’d always understood the importance of surrounding myself (and my clients) with meaningful things. They give us agency over our spaces. And at a time when we’ve been reminded that so much of life is out of our control, that feeling is invaluable.

With that mind, I started scrolling through images of a few of my favorite spaces, some I’ve called home and others I’ve designed for clients, in search of the ones that make the idea of quarantining a little longer feel like a welcome invitation. This is what I came up with.

A tub at the end of the world
Looking at it now, this massive Boffi tub that’s as heavy as it looks belongs in this cozy nook with windows on three sides that provide a panoramic perspective of an unadulterated stretch of woods. But back when this sprawling bathroom was still an empty space, there was some question as to where it would land. Ultimately, it felt more like a sculpture than a tub, and, as such, I wanted to give it a proper exhibition space.

A soaking tub filled with warm water is, of course, plenty soothing all on its own. But what’s always caused the tension to loosen its grip on my shoulders is this bathroom’s minimalist design, right down to the mostly-white palette. Aiding in that regard is the cabinetry, also designed by Boffi, and the Thassos marble wall and ceiling tiles. So white they can appear to glow, this bathroom practically sparkles when the sunlight streams in.

Meeting in the middle
I know plenty of people who would have taken one look at this long, relatively narrow “dining room” in a retrofitted barn and known immediately what to do with it: Install a monumental dining table of the Game of Thrones ilk. I went in the opposite direction with smaller dual dining tables, one at each end of the room, and filled in the middle with this intimate lounge area.

During dinner parties (back when that was a thing), it’s an ideal spot for sipping on cocktails and munching on hors d’oeuvres, particularly because it offers a prime view of all the action in the kitchen. And the candelabra, which comes from a 17th-century French church, is always a conversation starter. But it’s also the most tranquil spot in the morning. When it’s warm outside, I’ll open the double doors and let the breeze blow in from the valley while I nurse a cup of coffee and ease into the day.

Home is where the cooking’s done
Design icons Sister Parish and Albert Hadley were my inspiration for this hyper-modern kitchen. Their spaces were the height of decadence, overflowing with rare antiques and luxurious textiles. But their kitchens were austere because they believed the food should provide all the color.
What I like most about this kitchen is that it’s deceptively functional. The Boffi cabinetry may be minimalist, but it’s hiding a ton of storage. And the large island, I’m sure, seems like a curious choice for a relatively tight space, but it doubles as a workstation, complete with a four-burner stovetop, and a comfortable, three-seat dining area.

That kind of versatility is key because, increasingly, the kitchen is the room in the home that we gather in the most. Back when we were all leaving the house on a daily basis, it’s where we were most likely to catch up with each other at the end of the day and share viral videos long after the dinner table was cleared. Now, it’s where we check in with each other and crowd in front of laptop screens for virtual happy hours.

An exotic escape on the other side of the door
Finally, this collection wouldn’t be complete without an outdoor space. More than ever, we need a way to socially-distance from our heads at least once a day (or hour). If that escape’s sitting right outside, all the better.

This walled-in deck was blissfully private to begin with. But with each new potted plant—which I was constantly adding—it became a lush oasis. I’ve always enjoyed gardening and landscape design. And I’m particularly drawn to dramatic-looking tropical specimens and topiaries. Here, they seemed to absorb the noise of the world outside and amplify the serene sounds within, whether that was the crackling of embers in the outdoor fireplace, the trickling from a wall-mounted fountain, or a quiet conversation around the dinner table.

Details, like the Harry Bertoia chairs and bronze clay ceramic pots, are always important. They underpin the thoughtfulness of the design and help shape the experiences that are had within the space. And, yes, those experiences are the most vital part of a room’s impression. But in time, the details become touchstones that make it that much easier to reference the experiences. In that way, our homes are always comforting us.