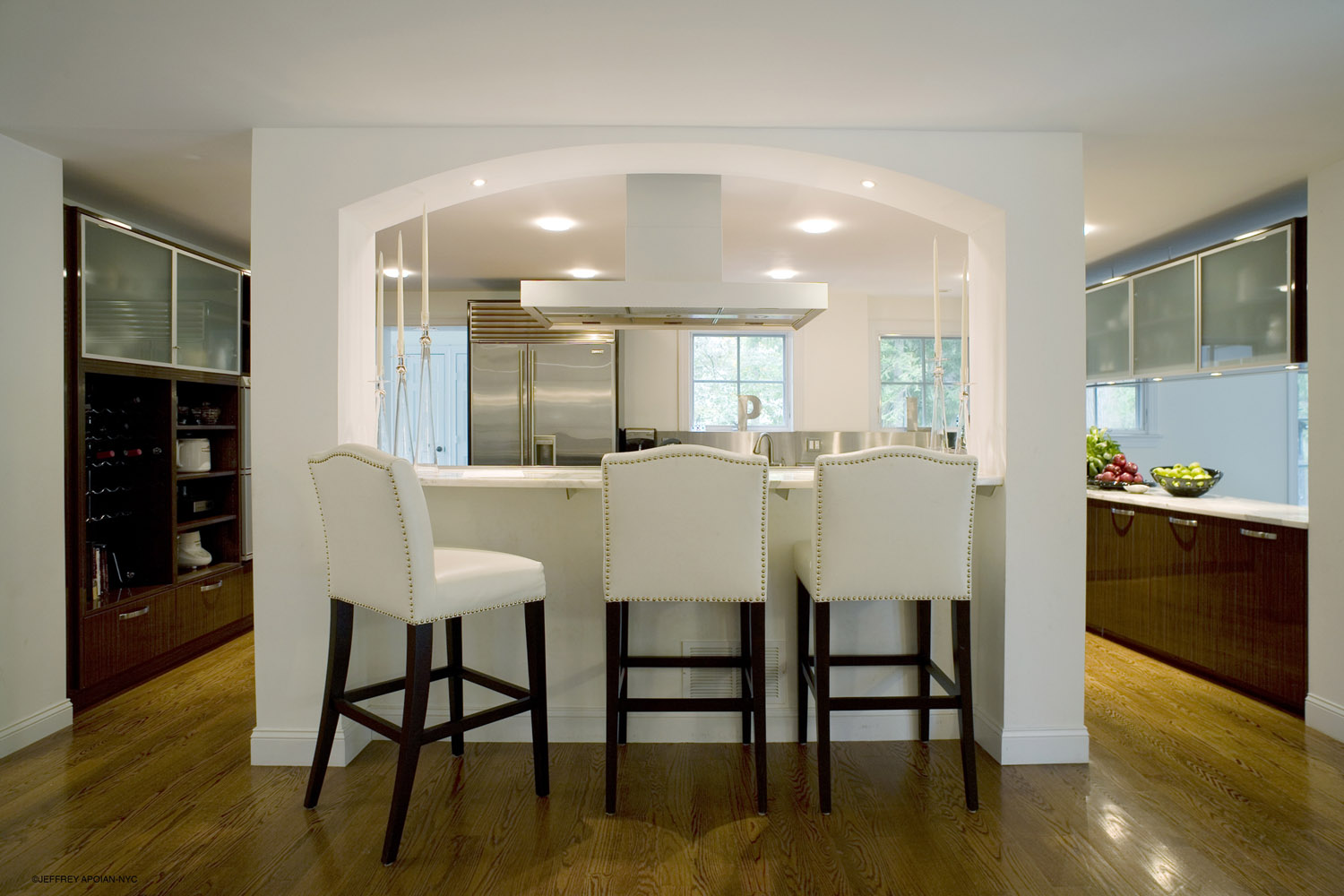 So much of what an interior designer does is seen in a series of edited glimpses for heightened dramatic effect. The kitchen, or the space formerly known as the kitchen, stripped to its shell. The newly adorned living room, complete with the lighting dimmed and the coffee table books stacked just so.

The beginning and the end; that’s what the TV producers and magazine editors found stirred the greatest reaction. You can’t fault them. No one’s ever been inspired to redesign their master suite by watching wallpaper go up. But once it’s up—different story.

The result, though, is a culture obsessed with making over its living spaces (good for me), but with little idea of what that actually entails (not so good for me). So, in the hope of aiding both of our causes, I thought I’d fill in some of the details of how our firm, Rafael Novoa Interior Design, an interior designer in Philadelphia and its suburbs, approaches a new project.

Oversharing is not an option
You’re hiring me for my expertise (I hope), but the heart and soul of this redesign is your desire for it. Your lifestyle and aesthetic will inform every decision that’s made. This isn’t, after all, some showroom. It’s your home. So what we’re striving for is the best version of yourself.

Accordingly, I approach our first meeting more like an interview and try to encourage you to tell me as much about how you and your family live in your home as you’re willing to share. Your lifestyle’s a critical piece because, whether you realize it or not, it was most likely the catalyst for this redesign. We’re constantly aware of the aesthetic and nurture it accordingly, but it’s when our homes start feeling like they’re working against us—there’s not enough storage or the kitchen’s somehow morphed into the home office—that we finally decide enough is enough.

I’ll do my own looking around, too. Sometimes behaviors become so ingrained that we stop considering them concerns. Clutter’s my first tip-off, but there are a host of other signals.

We’re going to talk about your ideas as well. In my experience, as an interior designer in Philadelphia over the last two decades, I’ve found that clients, more often than not, are somewhat timid about sharing, either because they figure that I’d take it as an insult or they’re not entirely confident in their own sense of style. But the more you can tell me, the easier it makes my job. So, pull out the magazines you’ve been saving, or, better yet, let’s scroll through your Houzz profile or Pinterest boards together.

So, what’s this going to cost?
I never shy away from talking about the budget. But the amount that we’ll end up with is typically miles from what we’ll initially discuss, regardless of how free-wheeling or budget-conscious you are. Of course, if you give me a hard and fast number, I’ll stick to it. The tendency, though, is to want to do more.

I’ll ask during our first meeting how much you’d like to spend. But the actual budget likely won’t be set, more or less, until I return to make my presentation. At that point, with the concept boards and swatches laid out before us, you’ll have a more accurate feeling for what each facet will cost and what you can and absolutely cannot live without.

And when I see where your priorities lay, there are adjustments that I can make to ensure the design accommodates them. The floor plans play a central role in that regard. If, say, the proposal calls for replacing all of the furniture, we can reevaluate the spaces and maybe decide instead to refresh only the most visible pieces.

The presentation, essentially, is where the design comes into focus. I’ll come armed with three or so samples of everything—enough to give you a feel for the variety within the aesthetic, but not so much that you’re inundated—from the floor (rugs) to the ceiling (lighting), along with concept boards that’ll put everything into context. I’m showing you what we could do, and you’ll tell me what you really want to do.

Taste is a personal expression
The interior designer-client relationship is a unique dynamic. I’m hired based, at least initially, on the strength of my portfolio. But then I’m tasked with shaping an environment in the mold of the homeowner. The unspoken understanding there is that our aesthetics align. But that isn’t always the case.

In a number of instances, the only common bond between myself and the client was an eagerness to redesign the living space. But contrasting styles isn’t the deal-breaker you’d think it would be. It’s kind of like cooking in that way. I may be a classically-trained French chef, but that doesn’t preclude me from admiring, and occasionally implementing, Korean techniques, or Northern Italian, or old-school Southern. It’s all delicious when it’s done right.

Remember, the heart and soul of the design is your desire for it. It’s my job as the fortunate interior designer in Philadelphia that you selected to elevate that look. Sometimes it’s as simple as playing down a piece of heirloom furniture or an abrasive piece of art. Other times, I need to get a bit more creative and complement that wall color you adore so much with a more neutral, contemporary hue.

I have no doubt that we’ll hit it off famously. But even if we talk different languages, I’m not there to impose my will. I’m there to help your home look and feel like your little slice of utopia.